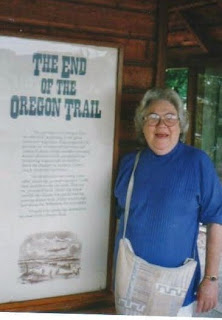 Posted by Deborah Calvert at 11:10 AM No comments:

My mother's physician and Sun Healthcare's Medical Director of the Sunbridge Newport Rehab facility, Dr L Scott Stoney, met with Richard Matros at a Lakers game where Matros asked if the families were really mad at him. Dr Stoney said yes, and the Calvert family would be suing for harm done when the blood pressure monitor broke in October and caused her to have a large stroke. He warned Matros that the families were savvy and he couldn't tell them black was blue and they'd go away, they found out about the Califonia state injunction and were pursuing criminal charges against him. Dr Stoney gave a message for myself, Debbie Calvert, "tell her she'd be better off taking pix of Matros and his high priced prostitutes at the Lakers games rather than suing Sun in the court system". Dr Stoney said Matros promised he could even
introduce him to the owner of the Laker's, Jerry Buss!

I realize now this was a message from Dr Stoney, our star witness, that Sun Healthcare's CEO had my attorney in his pockets and it didn't matter if I sued, his loyalty was to Matros and Sun. I sued that former attorney for malpractice and he died 2 weeks later. He had dropped wrongful death without consulting any medical professional nor myself. He ignored my numerous emails that Dr Stoney was glad we were suing and willing to testify. It was obviously a sham representation and I have the evidence to prove it.

This shows how the CEO of Sun Heatlhcare operated in a criminal fashion to avoid prosecution.

Sun Healthcare was cited by the Dept of Health for lack of staffing May 28th, June 3,5,6,9,12,13,14,15,28 and 29th, 2003.  Then on July 6th patient Richard Laga left the facility for an acute care hospital due to gangrene of the foot.  He died by Christmas from this gangrene.  The Dept of Health cited Sun for his death, but did not fine them $100,000.  Why?  They also didn't consider this in the settlement in Sept, 2005, with the Dept of Justice for violating their injunction.  Why?

June 4, 2003, Sun's employee Tom Greenwald met with OSHPD's employee Chuck DeCapite who wrote in his field report posted on this site, "THE NEED AND URGENCY WAS DISCUSSED THIS DATE, NO EXCEPTIONS". In regard to replacing the May 15, 2003 condemned HVAC system to patient rooms.  This was never done and my mother suffered horribly from their lack of concern.

All this stinks of corruption.

The Dept of Justice knew from me the first week in June, 2003, that Sun was violating their 2001 State Injunction and should have filed contempt proceedings but did not.

Second degree murder should be charged to both Sun and the DOJ who allowed these conditions to kill 4 patients I watched die:  Richard Laga, Betty Harness, the man in Rm 2-B Oct 2003 and my mother, Evelyn Calvert.

Read the medical records for yourself and ask:  Why did this happen?

Posted by Deborah Calvert at 10:56 AM No comments:

CANHR, a nonprofit consumer advocacy organization filed a lawsuit charging Sun with unlawful business practices, unfair and fraudulent business practices, and false advertising (California Advocates for Nursing Home Reform v. Sun Healthcare Group Inc. 2003). The lawsuit alleged that Sunbridge facilities in California were more than 1 million hours on aggregate below the state's 3.2 nursing hprd direct care requirement, which resulted in a savings of more than $15 million by not meeting the staffing standard in 2000. The litigation was settled out of court in 2004 and the settlement results were not made public.
Posted by Deborah Calvert at 1:10 AM No comments: